San Diego: City for All Seasons

Families fit into San Diego's cheerful profile like feet into flip-flops. This coastal city's perennial sunshine, sandy beaches, and kid-friendly attractions make it easy for adults to trade workday stress for an endless-summer attitude — even in December. 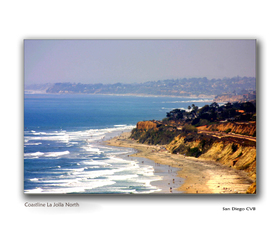 The agreeable climate engenders a laid-back, welcoming aura that pervades from mountain town to beachside community. And this is truly a year-round destination: Visit in fall and winter to get a healthy dose of vitamin D on beaches offering plenty of elbow room. Come in spring for the spectacular wildflower show in the Anza-Borrego Desert. Early summer sees the city caressed by a cool marine breeze before heating up for events such as the San Diego County Fair, the World Championship Over-The-Line beach softball tournament, and the US Open Sandcastle Competition.

America's Finest City is not just one long strip of beach, however. Mountains border the county's eastern reaches before dropping into a vast desert valley; in between lie scores of diverse neighborhoods that blanket the region's tawny hills. San Diego is a military municipality, a college town, a center of Mexican-American culture; wholesome and yet tolerant of its more counter-cultural facets. And it is a city on the cutting edge of urban renewal, having taken a shambling downtown and reincarnated it as a vibrant destination for entertainment, dining, shopping, and strolling. No visiting groups should miss the Victorian charm of the Gaslamp Quarter, Horton Plaza's colorful complex of shops and cinemas, and the revitalized areas surrounding the city's architecturally distinct convention center and PETCO Park, new home of the San Diego Padres.

Thanks to San Diego's temperate climate, animal lovers can get their share of critter-viewing and then some: at the San Diego Zoo, where a pair of panda cubs delight amid Tasmanian devils, sun bears, two-headed snakes, and a kingdom of creatures; the San Diego Wild Animal Park, 1,800 acres of African-style savannah with free-ranging lions, zebras, elephants, and other beasts; and SeaWorld, home of Shamu and his orca descendants, dolphins, penguins, and the seasonal Cirque de la Mer.

For a constructive take on theme parks, head to LEGOLAND, the original plastic-brick playland, with 15,000 LEGO models built from more than 30 million pieces. Or combine old-fashioned amusements with hot new rides at Belmont Park, right on Mission Beach. Ride the restored wooden Giant Dipper Roller Coaster, built in 1925, then hone surfing or skateboarding chops on the new FlowRider, a continual sheetwave that provides a steady supply of excitement for all ages.

Get immersed in the city's history, starting at Mission San Diego de Alcala, founded in 1769 and first of the California missions. At Old Town State Historic Park, original adobe buildings showcase furnishings, artifacts, and skills from San Diego's beginnings. The 1863 Star of India anchors the flotilla of historic ships that comprise the Maritime Museum of San Diego. Tour the decks and exhibits and try to catch a sailing aboard the tall ship Californian. Wrap up at Cabrillo National Monument, which commemorates the 1542 landing of explorer Juan Rodríguez Cabrillo and, incidentally, provides commanding views of San Diego Bay. Betrothed couples take note: All of these locations, including two of the historic ships, make for popular and unique wedding settings. 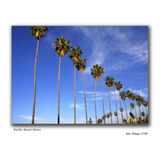 Naturally, with 300 days of sunshine a year comes a wealth of opportunities for outdoor adventure. The Mission Beach Boardwalk provides an ideal way to people-watch while zipping along on inline blades or bike. Pick up wheels from one of several rental shops, or rent a bodyboard and surf the friendly waves. Mission Bay's mellow inlets and coves make a family sailing on a rented sloop a breeze; groups can charter a boat for private cruising, diving, and sportfishing in the harbor and beyond.

Golfers wanting seaside vistas can tee up at the 18-hole Torrey Pines Golf Course, a junior-golf-friendly set of championship greens and fairways. Hikers, mountain bikers, and equestrians of all ages can tackle trails in the Cuyamaca and Laguna Mountains, where meadows and woods are rapidly recovering from the wildfires of 2003 (find stables and more in the nearby gold-rush town of Julian). Closer in, 40 miles of trails traverse the oak woodlands and open chaparral of Mission Trails Regional Park, including three paths that ascend 1,400-foot Cowles Mountain.

Playtime isn't just for the playground. San Diego's renowned theaters offer up year-round theatrical diversions of award-winning caliber. The Old Globe Theatre brings Shakespeare out under the stars during the summer-long Shakespeare Festival, while other seasons see new works and revivals on the boards. Celebrated playwrights often premiere their latest at the La Jolla Playhouse, a 1993 Tony Award winner for America's Outstanding Regional Theatre residing on the UCSD campus.

Performing within the historic confines of the 1929 Copley Symphony Hall, the San Diego Symphony pleases classically minded parents as much as it does fun-loving kids, with its occasional Family Festival (with free pre-concert activities) and annual Summer Pops series, where families can spread a blanket on the lawns of Embarcadero Marina Park South and enjoy programs like classic cartoon tunes and Tchaikovsky's thunderous 1812 Overture.

Nurturing an appreciation of the arts and sciences is easy at Balboa Park, the urban cultural oasis that mingles museums with lush greenery and a nonstop sense of fun. Kids willingly accompany mom and dad to view the collections at the San Diego Museum of Art, knowing they'll also see the cool displays at the Aerospace Museum and Model Railroad Museum, plus virtual-reality exhibits and IMAX movies at the Reuben H. Fleet Science Center. Teens dig the WorldBeat Cultural Center's music-oriented exhibitions and drumming classes. The park also features a miniature railroad ride and a 1910 carousel, not to mention restaurants and dozens of other absorbing sights to see.

So what about Coronado island? Is it viewed as separate and apart from San Diego? SD is a great place to visit. We had too little time when we were there...mainly on Coronado.

San Diego is the original urban beach destination in the United States. Lapped up with prized possessions of natural beauty, San Diego affords all the pleasures of recreation and relaxation in style.

San Diego has two fantastic surf spots. Blacks beach in La Jolla and Swami's. They are usually rated as some of the top breaks in the U.S. On a good day you can get 20 foot swells. If you're more of a beginner or new to San Diego visit
www.sdsurfspots.com